Theresa May’s proposed withdrawal deal has satisfied no-one and likely can’t command a majority in the House of Commons. Now Scottish Government analysis shows that it will undoubtedly be heavily damaging to Scotland’s economy and communities, something which is unacceptable to the SNP.

The deal will make Scotland poorer, worse off and deprive us of the benefits of EU trade deals with 40 countries. This is a bad deal.

Here’s the 5 key things you need to know about the Scottish Government’s analysis.

At the start of the Brexit process, Nicola Sturgeon and the SNP offer a compromise proposal that would keep both Scotland and the UK within the Single Market and Customs Union, protecting jobs and the economy. Theresa May and the UK government refused to purse this despite most analysis suggesting it was the best option available.

Instead, the Prime Minister was driven to the current withdrawal deal by the hard right of the Conservative Party. A deal which Scottish Government analysis shows would see Scotland’s GDP be reduced by around £9 billion lower than if we stayed in the EU by 2030.

That is equivalent to around £1,600 per person in Scotland.

🏴󠁧󠁢󠁳󠁣󠁴󠁿 @scotgov has released its latest Brexit analysis. Brexit will likely damage jobs and living standards for people across Scotland.

2. Theresa May is recycling Vote Leave’s lies on the NHS

Theresa May has resorted to following Vote Leave’s infamous ‘£350 million a week’ claim and has said that leaving with European Union with her deal will result in more money for the NHS. That simply isn’t credible.

Most independent analysis and the Scottish Government’s analysis shows that the UK economy will be smaller after Brexit, which means less money available for the NHS. Worst still, Theresa May’s hardline attitude toward migration will make it harder for the NHS to attract and retain the talented medical staff that our health and social care services need.

3. Scotland’s businesses and industry are being left stranded by Westminster

Since the start of the Brexit negotiations there have been clear signs that the UK government considered some of Scotland’s most valuable industries to be expendable. That only became more evident when Theresa May revealed her withdrawal deal and set up for a complete sell-out of Scotland’s fisheries.

Now Scottish Government analysis shows that investment in Scotland will fall by around 7.7% by 2030 when compared to full European Union membership and inevitably almost 7,000 Scottish businesses who export to the EU will face more border checks and regulatory requirements. Scotland’s service exports will also likely be substantially restricted.

Scotland and Scotland’s businesses will also be put at a competitive disadvantage because Northern Ireland’s backstop ensures it effectively remains within large parts of the Single Market and Customs Union after 2021 if the UK cannot agree a deal regarding the Irish Border. This is a disadvantage created purely by the UK government, when it could also have extended Northern Ireland’s special deal to Scotland as well.

4. Theresa May is trying to force Scotland into a bad deal – no deal scenario, we won’t fall for it

Despite the Scottish Government’s and many others analyses of the UK government’s Brexit approach, Theresa May continues to try and force parliament to accept a bad deal – SNP MPs will not vote for a bad deal.

But voting against Theresa May’s deal does not mean we are forced into a no deal, instead Theresa May should think again at the other options on the table and come back with a better deal that retains the Scotland’s position with the Single Market and Customs Union.

If the Prime Minister is so confident of her deal, she should put it to the country in a People’s Vote, with the option to remain within the European Union on the ballot paper.

5. The past two years have laid bare the costs to Scotland of not being independent

While European Union has shown an independent Ireland nothing but solidarity – by contrast the UK Government has shown Scotland nothing but contempt during the Brexit process. The idea of an equal partnership of nations has become little more than a slogan.

A Westminster government that Scotland did not vote for is intent on pulling Scotland out of Europe against our will, has attempted to dismiss Scotland’s voice, sideline our interest and downgrade the powers of our Parliament. That is not acceptable.

The case for the people of Scotland having the right to determine our own future has never been stronger, and at the end of the Brexit process the SNP will work to ensure Scotland has a choice. 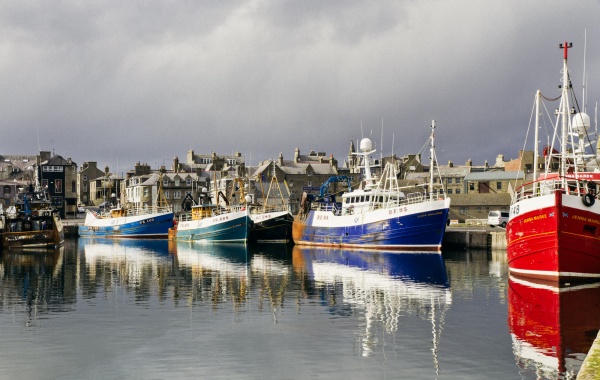 To the Tories, Scottish fishing communities have always been “expendable” 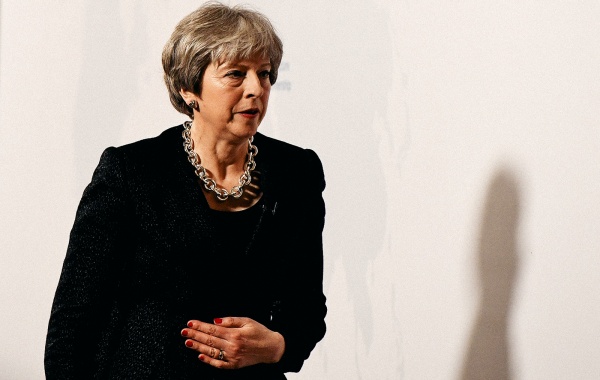