This publication is also available in audio, large print, easy read and Braille. If you would like a copy in these formats please call 0800 633 5432.

All videos for the SNP’s Manifesto in BSL are available here.

At stake is who will decide Scotland’s future – Westminster leaders like Boris Johnson or the people who live here?

The chaos of Brexit has exposed just how dysfunctional Westminster really is.

We have had an unelected Prime Minister with no mandate seek to impose a damaging Brexit on Scotland, and a paralysed Parliament delivering for no one. Scotland deserves better.

Now more than ever, it is vital to have strong SNP voices standing up for Scotland. 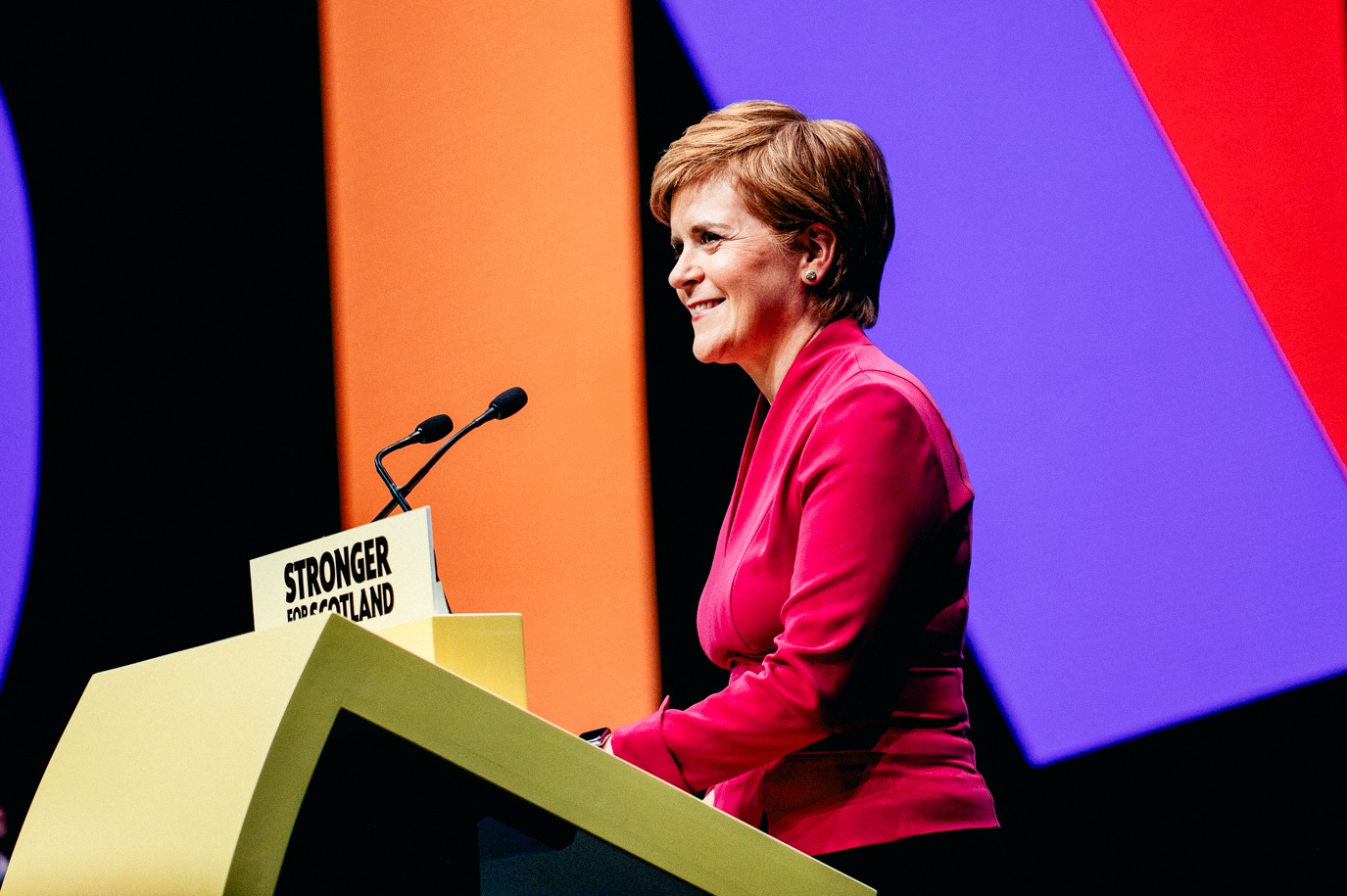 This manifesto sets out how to build a better Scotland.

It’s a manifesto to benefit this and future generations.

At the heart of our case is the belief that decisions about Scotland’s future are best taken by the people who live in Scotland, wherever they come from.

We are an extraordinary country, diverse and outward-looking, with great potential and much to look forward to. But the future of our country is at stake.

People are heartily sick of Brexit and the mess at Westminster. But there is no end in sight to the Westminster Brexit chaos.

A vote for the SNP is a vote to escape Brexit.

SNP MPs will always stand up for Scotland. We answer to the people who live here – not to any leader at Westminster.

This manifesto sets out our plans to keep Scotland and the UK in the EU, protect the NHS, reverse Westminster cuts to the Scottish budget, help with the cost of living, protect the environment and win a fair deal for pensioners.

There is a real chance the SNP could hold the balance of power after the election on December 12 and the larger the number of SNP MPs, the more we can do for Scotland.

The SNP is willing to take part in a progressive alliance to lock the Tories out of office.

In any discussion, we will demand that the democratic right of people in Scotland to decide their own future is respected.

As an independent European nation we will always get the governments we vote for; the Scottish Parliament will have full control of tax and social security policy; no Westminster government could ever threaten our NHS and we could choose to spend money on Scotland’s priorities instead of wasting billions of pounds on Trident.

So, at this election there is a choice for Scotland.

A chaotic, Brexit-obsessed Westminster could decide our future for us. Or we can demand our right as a country to decide our own future.