Winnie Ewing’s sensational victory at the Hamilton by-election of 1967 marked a major breakthrough for the independence cause and gave the Scottish National Party confidence to contest elections across Labour’s urban heartlands.

Born in Glasgow in 1929, Winnie trained as a lawyer before putting herself forward as an SNP candidate for the Hamilton by-election. Thinking victory unlikely, the party leadership encouraged her to come a good second place to encourage the membership. But Winnie was ambitious and determined to win, well aware that just several months earlier the first ever Welsh nationalist MP, Gwynfor Evans, had won a by-election for Plaid Cymru in Carmarthen.

Winnie’s campaign was aided by a large number of young people urging voters to break with tradition and make political history. The lively, energetic campaign was a success, and almost as soon as victory was declared the party hired an overnight train from British Rail to transport Winnie and her supporters to London.

One of the most interesting objects in our archive is the Saltire flown from the window of Winnie’s train carriage. The train, nicknamed the ‘Tartan Express’ by newspapers, was quickly booked up by jubilant supporters who sang and played music the whole way down. In her memoir ‘Stop the World’, Winnie reflected on the journey filled with fiddlers, pipers, accordionists and singers, and how hardly anyone except her three children managed to sleep on the overnight journey south.

The train from Glasgow Central stopped at Hamilton, Edinburgh, and even Newcastle, where crowds of well-wishers came out to cheer Winnie on. Despite the celebrations, Winnie admitted in her memoirs her strongest emotion at that moment was fear. Privately she wondered how her election might affect her family life, how she would cope alone in the House of Commons, and how she could ever manage to meet the huge aspirations and expectations brought to the surface by her victory in Hamilton.

Arriving into London’s Euston Station she was greeted by vast crowds and several pipers. Winnie was lifted shoulder high by two supporters, Angus McGillveray and Hugh MacDonald. As MacDonald worked for the Glasgow Herald he was warned to keep a low profile, only to have a photograph of him supporting Winnie sent right around the world, along with her famous motto ‘Stop the world, Scotland wants to get on!’ After Winnie took her seat in the House of Commons she was greeted outside by yet more crowds, including at least 200 Welsh supporters, secured by her friendship with Plaid Cymru and Gwynfor Evans. 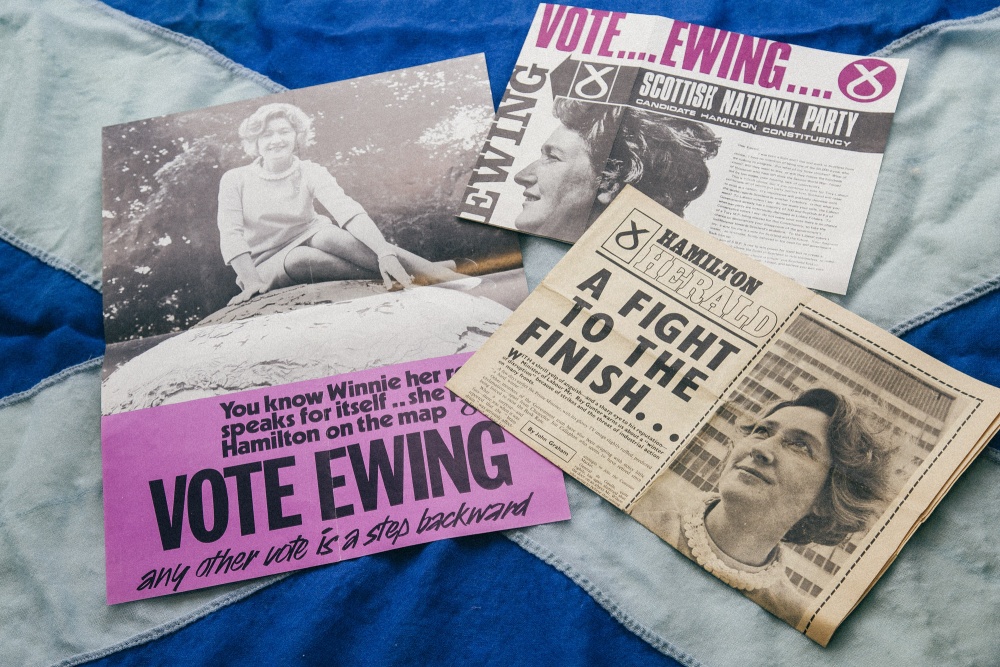 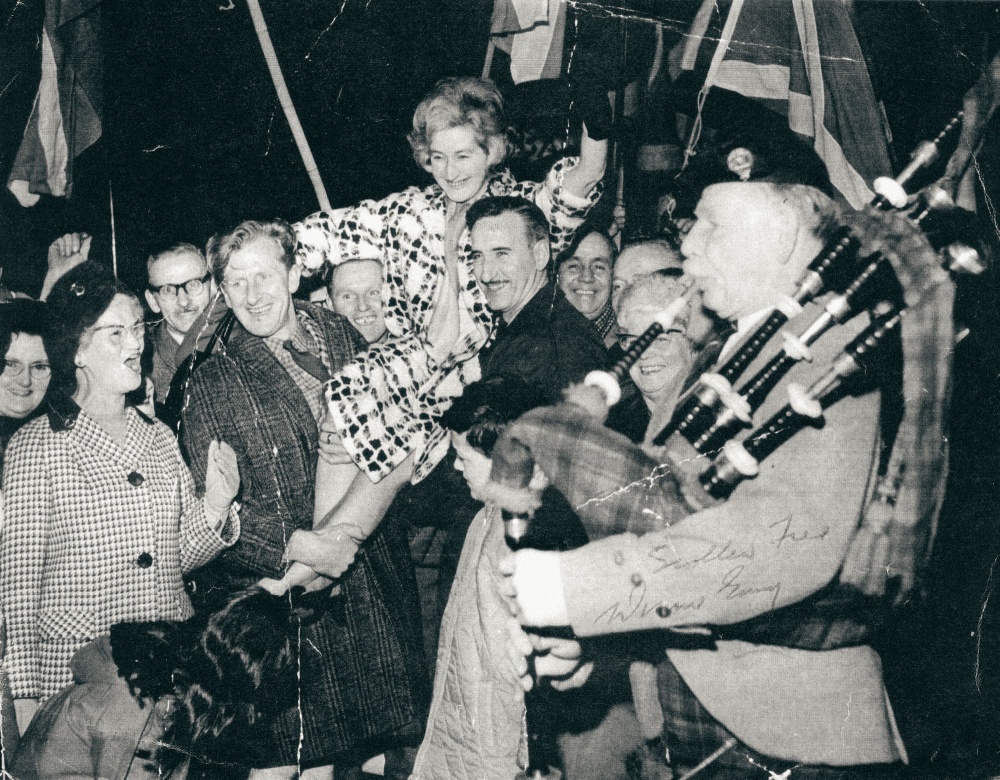 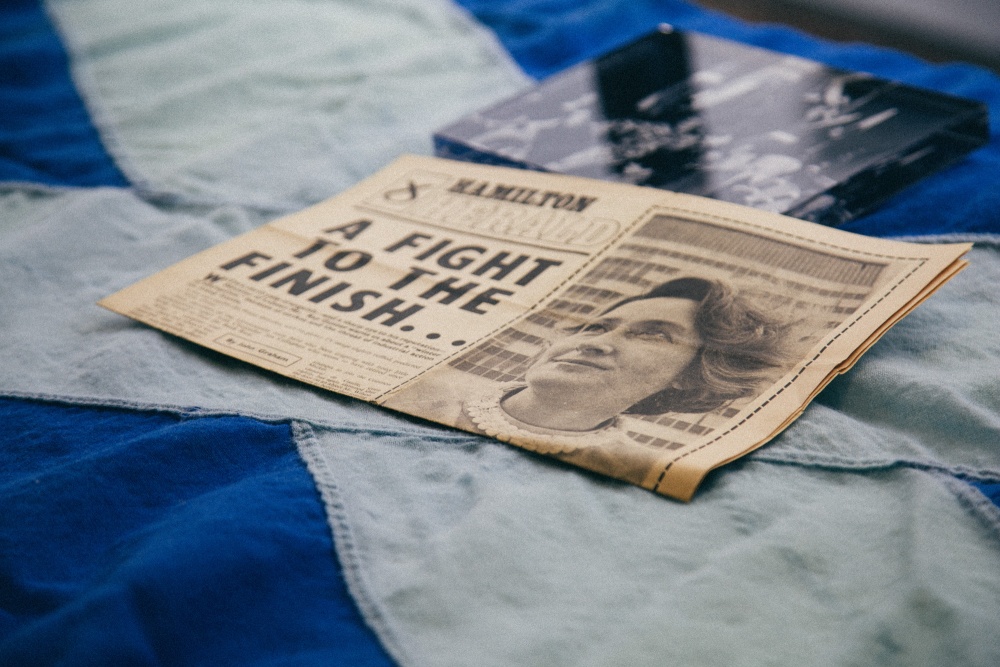 As the only SNP MP in the House of Commons, Winnie found it difficult to settle in. She wrote in her memoirs that it became ‘a torture chamber where vicious critics threw endless insults.’ But she also remembered how support and encouragement from outside kept her going through adversity, how kindness often came from unexpected quarters, and how privileged she felt in being able to make Scotland’s mark in parliament.

Winnie went on to represent Scotland in the EU, earning the title ‘Madame Ecosse’ from her European colleagues. Later, in 1999, she had the honour of opening the newly devolved legislature in Edinburgh with the words ‘The Scottish Parliament, adjourned on the 25th day of March, 1707, is hereby reconvened’. It was a moment she remembered fondly as the culmination of all she had worked for since her iconic victory in Hamilton all those years earlier. The journalist Ruth Wishart, writing about Winnie’s pronouncement on that day in 1999, said: ‘If she never says another word she has said enough.’