1) Theresa May pledged to get a meaningful change to the deal – she failed.

In the week Theresa May spent selling her deal, she kept insisting it was ‘the only deal on the table’.

A day before the scheduled parliamentary vote, Theresa May pulled the vote in an act of pathetic cowardice, because she knew she would be badly defeated by MPs.

She promised to go back to Brussels and wrestle concessions around the controversial ‘backstop’. However, it was clear from the beginning that her style of Brexit deal isn’t possible.

Vague prospects of cosmetic reassurances don’t change the fact that the Prime Minister will come back to the UK empty-handed, when she could have come back with a new deal securing membership of the Single Market & Customs Union.

Summit conclusions: “The Union stands by this agreement… it is not open for renegotiation” EU27 conclude – paragraph on “further reassurances” that was there has been deleted. PM could do with some help from Tusk/Juncker press conference because it’s not here: #euco pic.twitter.com/CdPcKaWNq5

2) The EU is clear: this is the only deal, but it is not the only path – Brexit is not inevitable.

While the Tories continue ripping themselves apart over Brexit, the EU27 have been united and are protecting their own members – like Ireland.

Political games, manoeuvres and grandstanding on the Tory backbenches offer absolutely no solutions to take the situation forward. Pretending that Theresa May’s deal can still pass through the House of Commons is a complete delusion.

Theresa May’s ‘my deal or no deal’ approach is a false premise. There is another way. The recent ECJ case, lead by SNP politicians working with others, concluded that Brexit can be unilaterally stopped, with the UK keeping all the exemptions. We can cancel Brexit.

No deal or ‘no Brexit at all’ if MPs reject Theresa May agreement, EU president Donald Tusk says pic.twitter.com/DOCRJuGBYJ

3) EU’s top negotiator refers to UK’s approach as ‘nebulous’ and calls for MPs to come to a decision.

Theresa May constrained her options by setting out ridiculous red lines at the outset of negotiations, purely to appease the hard-right fanatics in her party.   She breached most of her own red lines when clashed with reality, and by doing so, alienated even more of her own MPs.

European negotiators are still not completely clear on what the UK’s plan is, and amid the lack of clear majority at Westminster for any Brexit scenario other than remaining in the Single Market & Customs Union, confusion keeps mounting.

Meanwhile, the SNP was the first party to publish a credible plan to remain in the Customs Union and Single Market, which would protect our economy, communities, and freedoms.

This is how the conversation went, according to the lipreaders: pic.twitter.com/IuP99fJiXG

4) Parliament has to take steps to end the impasse and give people a final say.

It appears that the Prime Minister is avoiding bringing back her deal to Parliament before the Christmas break, and instead is attempting to run down the clock. At a time when businesses, EU citizens, farmers and fishermen are affected by the uncertainty and threats of no-deal, any further delays are unacceptable.

As long as she maintains her tunnel vision, Theresa May will have no escape route from her Brexit conundrum. The parliamentary arithmetic has not changed after this EU Council summit, so it’s time to take action and consider real alternatives.

The government should categorically take ‘no deal’ off the table, extend Article 50 to allow more time to come up with a solution, and accept that the decision must be brought back to the people in a People’s Vote – the only democratic way out of this impasse.

Scotland voted overwhelmingly to remain, and as we face being dragged out of the EU against our will, the cost of not being independent is starker than ever.

“Isn’t the only way to break this deadlock to put it to the people?”

The SNP’s Kirsty Blackman tells Theresa May that delaying the Brexit vote was a “stunning display of pathetic cowardice”. pic.twitter.com/Y8IrLBPBIL 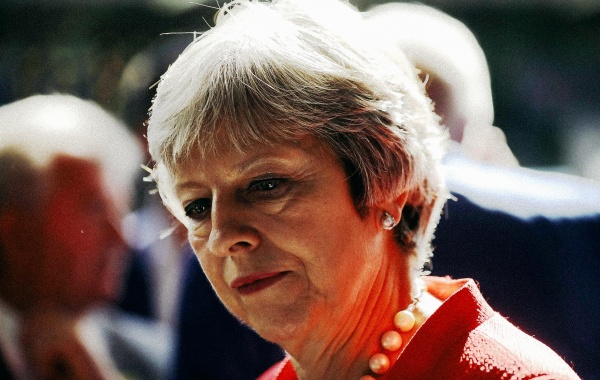 Factcheck: Theresa May’s Brexit deal is bad for Scotland and the UK 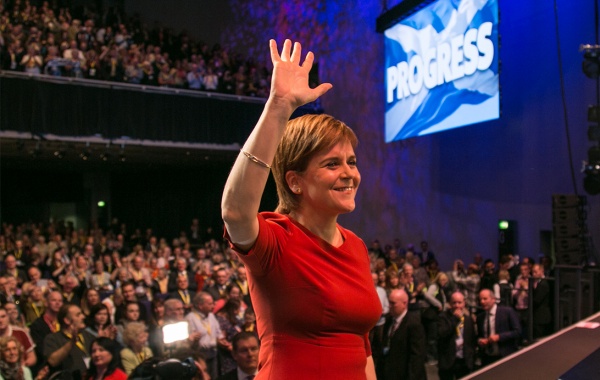 It’s time to replace the Tory chaos with a solution