We can build a stronger, fairer recovery with Nicola Sturgeon as First Minister and the choice of independence after the pandemic – or leave our future tied to more right-wing Tory governments.

However, voting Labour – a party determined to deny Scotland’s democratic right to choose – puts Scotland’s future firmly in Boris Johnson’s hands, threatening the future of our NHS and the powers of the Scottish Parliament.

This is what continued Tory rule over Scotland means… 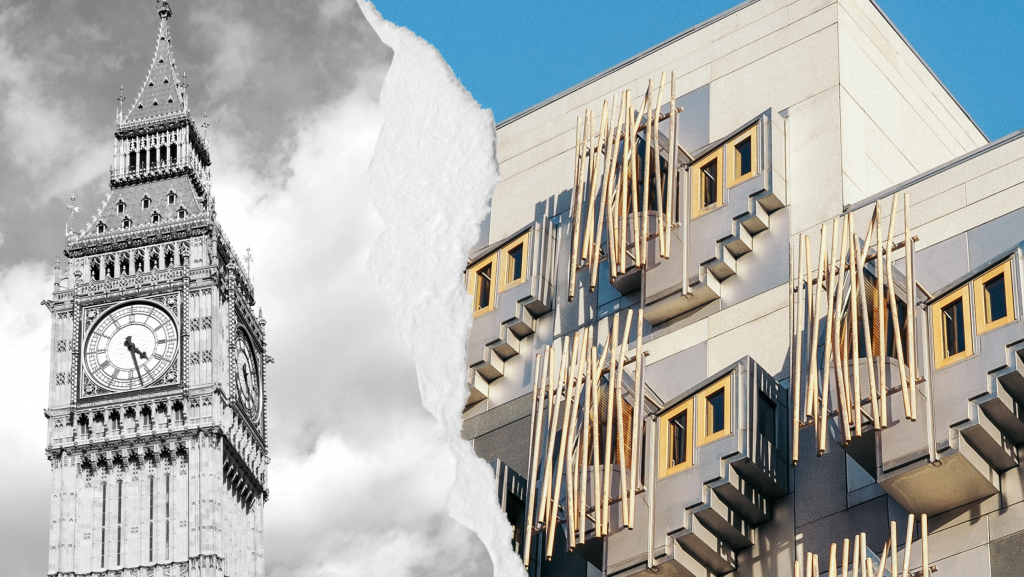 A threat to our NHS

Boris Johnson’s Tories voted to scrap an amendment which would have enshrined “a comprehensive, publicly funded health service, free at the point of delivery” into law – leaving our NHS exposed to post-Brexit trade deals and privatisation.

In Scotland, we’ve been able to choose a different path – resisting NHS privatisation, increasing funding to record levels, and passing progressive policies such as free prescriptions.

The SNP has a more ambitious plan for health and care than Labour or any other party – with free dentistry, more doctors and nurses, and a new National Care Service.

🦷 If re-elected, we will abolish all NHS dental charges.

💻 This is how we’ll build a stronger NHS and a fairer society: https://t.co/DQGcgvZ4GZ

A Tory power grab on our Scottish Parliament

All the progress we’ve made to build a stronger NHS and a more caring Scotland is at risk from the Westminster power grab – which is already under way.

Only with a strong SNP government, and the choice of becoming an independent country when it’s safe, can we properly protect our Scottish Parliament.

🚨 After dragging Scotland out of EU against our will, Boris Johnson, aided by Scottish Tories, is now imposing a creeping Westminster power grab.

🏴󠁧󠁢󠁳󠁣󠁴󠁿 It could open our NHS up to privatisation, or reduce food standards.

👇 Here’s what it all means.https://t.co/y7uuwYRzsd

As we begin our recovery from the pandemic, we need to consider what kind of country we want to be.

The SNP have the boldest, most transformative plan put forward by any party – with policies such as 100,000 more affordable homes, universal free school meals, putting ScotRail in public hands, and so much more.

However, our efforts to make Scotland the best place to grow up in will continue to be undermined by right-wing Tory governments in Westminster – imposing wasteful nuclear weapons, more welfare cuts and a damaging Brexit.

📒 Read our vision to kickstart Scotland’s recovery and build a better and fairer future for our country.

🏴󠁧󠁢󠁳󠁣󠁴󠁿 Make it #BothVotesSNP for strong leadership, our plan for recovery and, when the crisis is over, choice of a better future with independence.https://t.co/x3uhAdoZ3a

No escape from a hard Tory Brexit

Scotland voted overwhelmingly to remain in the EU, and the SNP is now the only party that supports Scotland’s place in Europe.

Our recovery from COVID is undermined by Brexit – risking jobs, holding back our economy and depriving young people of vital opportunities.

Despite all that, Labour have turned their backs on Europe and now stand shoulder to shoulder with Boris Johnson – with Keir Starmer repeatedly saying there is “no case” for re-joining the EU.

🇪🇺 Labour have signed up to Boris Johnson’s hard Brexit and helped to drag Scotland out of the EU.

🏴󠁧󠁢󠁳󠁣󠁴󠁿 The SNP is the only party fighting for Scotland’s place in Europe.

🗳 By May 6, make it #BothVotesSNP to put Scotland’s future in Scotland’s hands. pic.twitter.com/wWQ9HCKIOb

The SNP 2021 Manifesto has the bold ideas, backed by the experience and the serious leadership of Nicola Sturgeon, to build a fairer, more prosperous Scotland.

On May 6, make it #BothVotesSNP to re-elect @NicolaSturgeon as First Minister and put Scotland’s recovery in Scotland’s hands

It includes policies such as:

Meanwhile, Scottish Labour’s manifesto failed to back free dental care, free prescriptions and free hospital parking – and included no funding commitments for the NHS beyond 2021/22.

✅ Only the SNP has the plan and the ambition to build a stronger NHS. #BothVotesSNPhttps://t.co/RyWnRqJ86Y

The hard fact is this – by refusing Scotland the right to choose its future, regardless what the voters decide – Anas Sarwar is happy to sit back and leave Scotland’s future in the hands of Boris Johnson.

As we recover from COVID, Scotland must have the choice of a better future with independence – so we can build a fairer, greener, more equal country, free from damaging Westminster decisions.