To protect jobs, living standards, our economy and public services, we will continue to fight for membership of the European Single Market.

The single market is over eight times the size of the UK market.

The single market is made up of almost 500 million consumers – over eight times the size of the UK market. It is the destination for 42 per cent of our exports, contains eight of our top 12 export destinations and contributed £11.6 billion to the economy in 2014. According to the Centre for Economic and Business Research an estimated 300,000 jobs in Scotland rely on our trade with the rest of the EU. 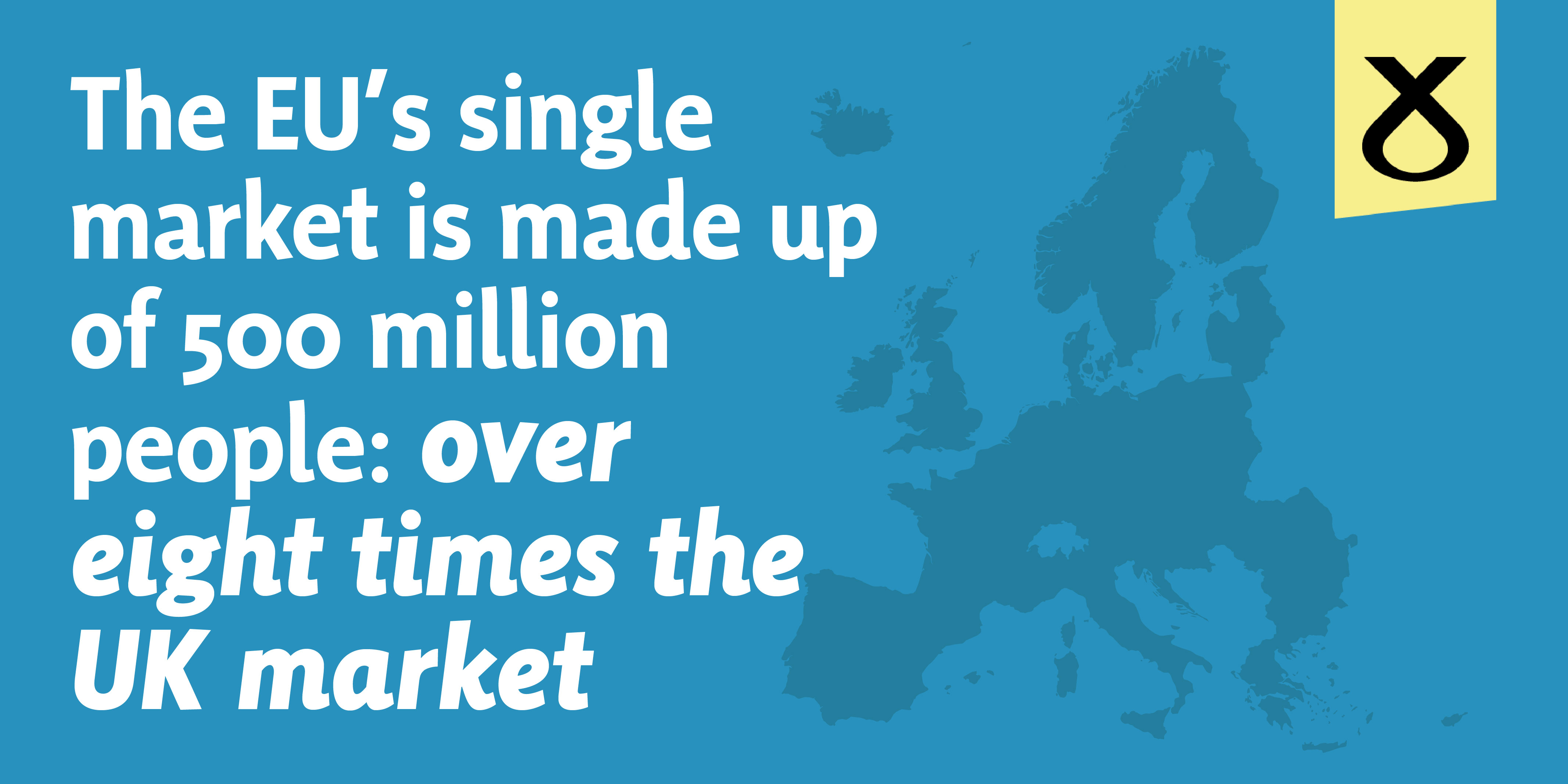 Labour and the Tories both talk about “access” to the Single Market. It’s not the same as membership. And the difference is important.

Both Jeremy Corbyn and Theresa May want to take us out of the Single Market. And, instead, they’re talking about access. But, there’s barely a country on earth that doesn’t have ‘access’ to the Single Market – from Albania to Zambia. But it is access at a price – sometimes a high price.

What matters are the terms of that trade. Full membership of the Single Market means firms from Scotland can trade on the same terms and under the same rules as all other Single Market members – without tariffs and quotas.
Here’s what BBC ‘Reality Check’ has to say:

“Any countries that are not subject to trade sanctions can trade with members of the Single Market…But there is a big difference between being able to trade with the Single Market and being a member of it. For instance, the United States sells into the Single Market but there are no common safety standards for goods such as fridges or cars and tariffs and quotas may be imposed on its products.”

Being dragged from the Single Market would damage our our economy, jobs, and living standards.

Here are just some of the impacts of a ‘hard’ Brexit:

The Scottish Government is the only administration in the UK to publish a plan to protect Scotland’s Place in Europe.