Jeremy Corbyn has been visiting Labour’s Scottish “branch office”, where the only thing they can agree on is that they pretty much disagree on everything.

On the doorstep and at businesses, like at the world-renowned Harris Tweed Hebrides factory visited by Corbyn, Labour boast of standing up for the many.

But the reality for many businesses across Scotland and the UK is the same as the one echoed by the Harris Tweed Hebrides chief executive, who highlighted the importance of being able to “sell into one of the world’s biggest free trade areas without additional costs, tariff barriers or other bureaucratic obstructions”.

He added there’s “absolutely no guarantee that these conditions could be retained outside the EU”. 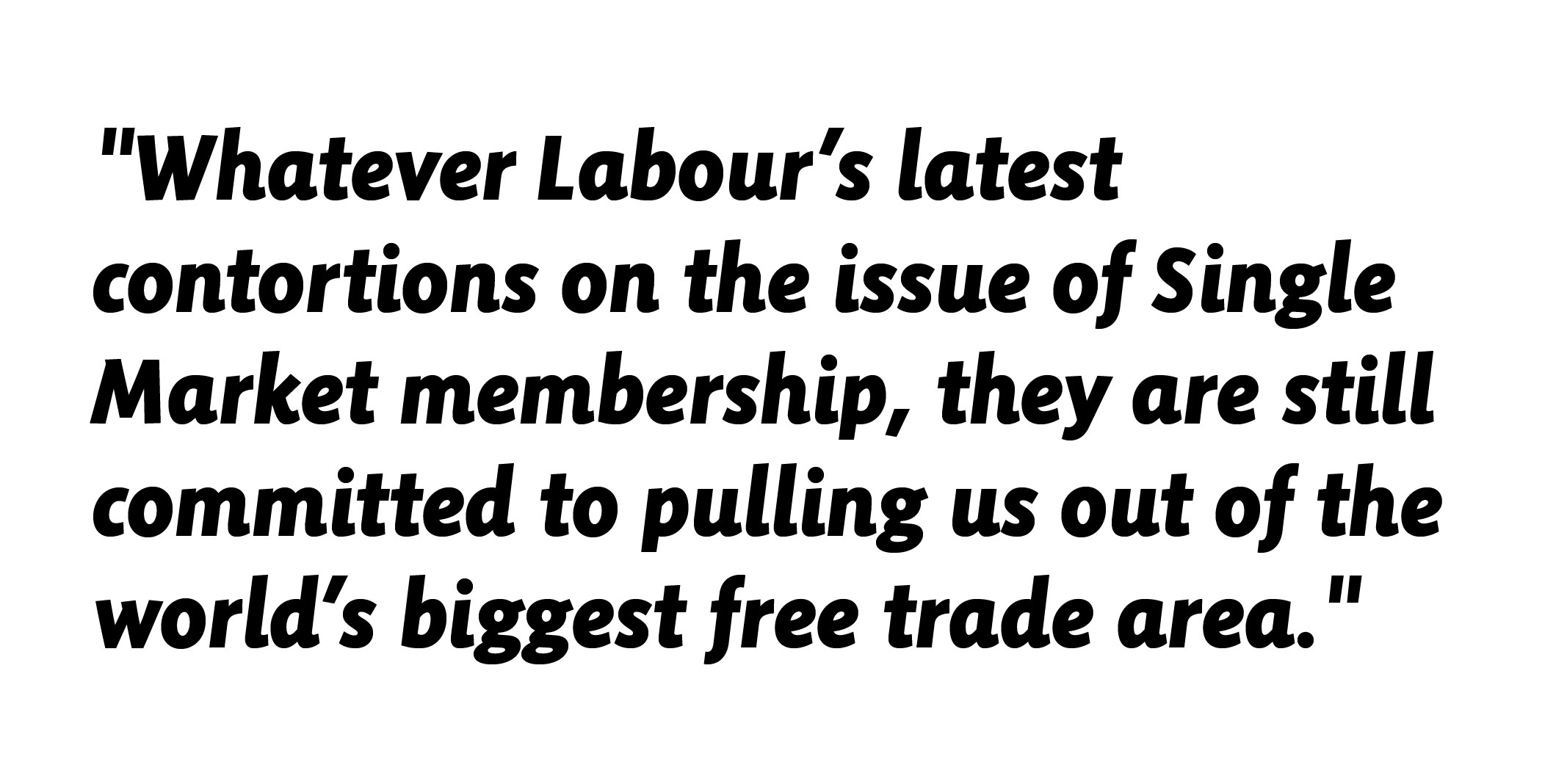 That scenario has only been exacerbated by a Labour Party who have allowed Theresa May’s Tory Government to pursue her reckless plans for an extreme right-wing Brexit.

Let’s be clear, whatever Labour’s latest contortions on the issue of Single Market membership, they are still committed to pulling us out of the world’s biggest free trade area.

Ultimately, they are backing the Tories’ hard Brexit plans, which threaten to be a disaster for Scottish jobs, investment and living standards.

It is utterly shameful that Corbyn supports that Tory stance in a bid to placate anti-immigration sentiment – and instead of their latest half-hearted pitch to remain in the Single Market for a transitional period, Labour should commit to retaining membership permanently.

Families and communities across the UK are set to bear the brunt of this potentially ruinous policy – in Scotland alone, Brexit threatens to cost 80,000 jobs over a decade, and the Tories’ foolish plans to ditch the Single Market and customs union make that scenario all the more likely.

Corbyn and Kezia Dugdale’s claims about being on the side of those in work are utterly bogus if they persist in backing the Tories’ plans to leave the European Single Market. 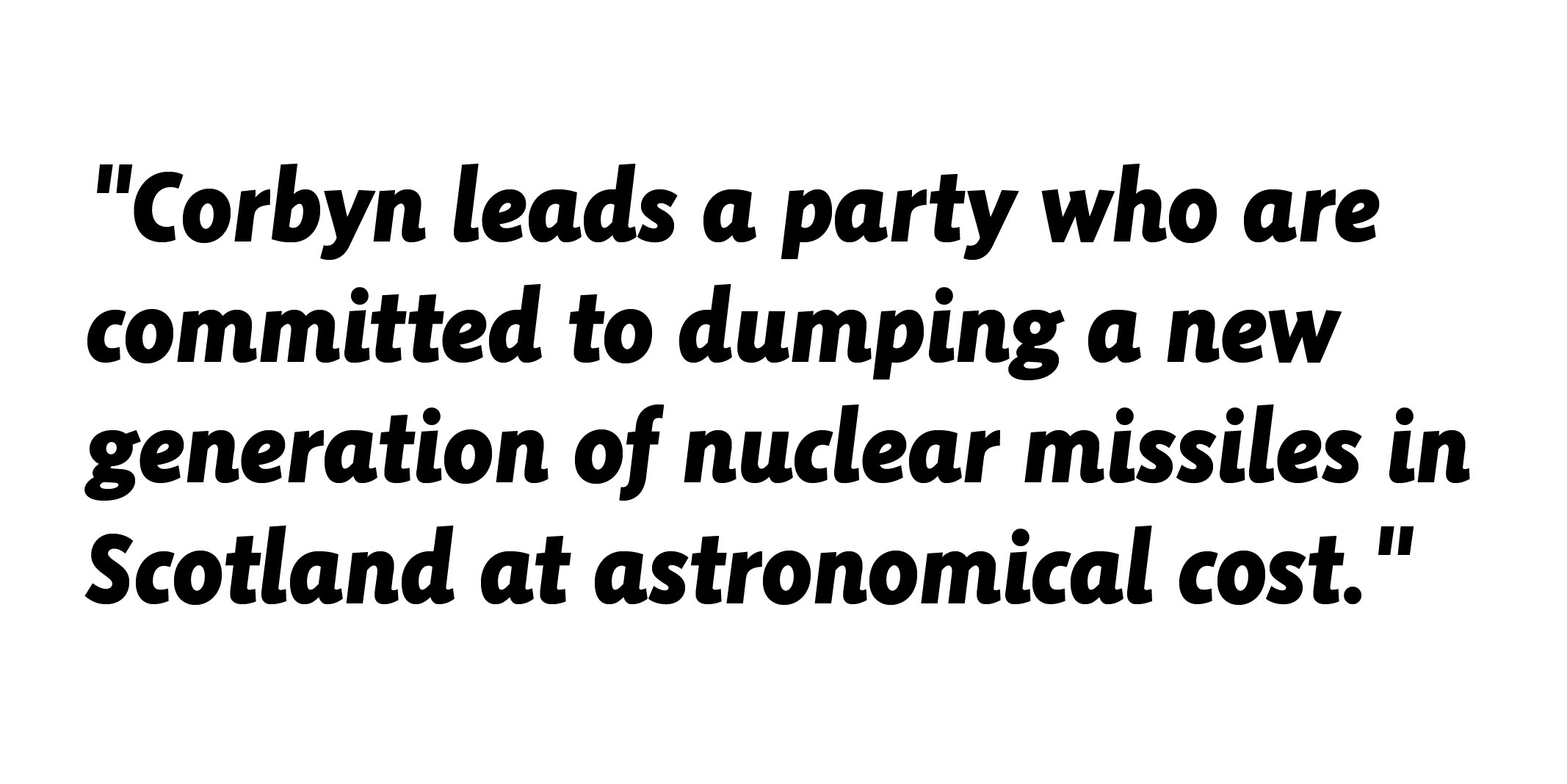 And any claims regarding supposed progressive values are demolished by Labour’s stance on Trident.

Corbyn leads a party who are committed to dumping a new generation of nuclear missiles in Scotland at astronomical cost – money which should instead be spent on schools, hospitals and public services.

There is nothing remotely progressive about that.

Consigned to third place in Holyrood under Dugdale, and with Corbyn unable to get his MPs into the one voting lobby in Westminster, Labour are fighting their own battles instead of standing up to the Tories and standing up for our communities.

Over the last decade in Government in Scotland, and over the course of the last few years in Westminster, only the SNP have demonstrated a unified approach in holding the Tories to account – on everything from cuts to benefits and welfare, repeated attacks on the disabled and the most vulnerable in our society to fighting for the rights of EU nationals, migrants and asylum seekers.

So, as Corbyn and Scottish Labour attempt to find a position they actually agree on, when Parliament returns it will be the SNP benches who will stand up for Scotland on the issues that matter most to people right across Scotland.