On 6 May, you have the opportunity to vote for the government you trust.

Even people who were not previously SNP supporters say that the Scottish Government has dealt with the pandemic in a more competent way than Westminster.

Boris Johnson’s Tories have imposed the hardest of Brexits on Scotland – even though we voted against leaving the EU.

Brexit is a disaster for our rural economy. It hits every person whose income depends on a healthy agricultural sector – farmers, dairymen, fencers, drivers, food producers and builders. When local people are hit in the pocket, local shops struggle.

Even before the pandemic hit, polls showed 61% of people trusted the Scottish Government to work in Scotland’s best interests, compared with just 15% for the UK Government.

Child poverty in the UK has risen under Conservative governments, and now affects more than one in four households.

The SNP government, by contrast, has introduced measures like the Baby Box and the new Scottish Child Payment which gives an extra £520 a year to low income families with children under six.

I ask you to put your trust in the SNP, even if you have not voted for us before.

Only the SNP can beat the Tories in Dumfriesshire. Labour trailed
a distant third in 2016. 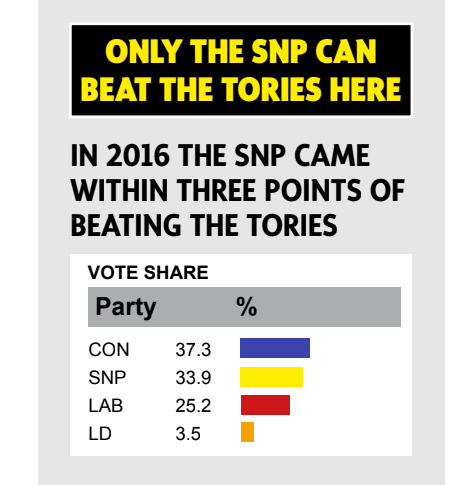 Please consider lending me your vote – either by post or at the ballot box on 6 May.

Keep up with Joan's campaign in Dumfriesshire